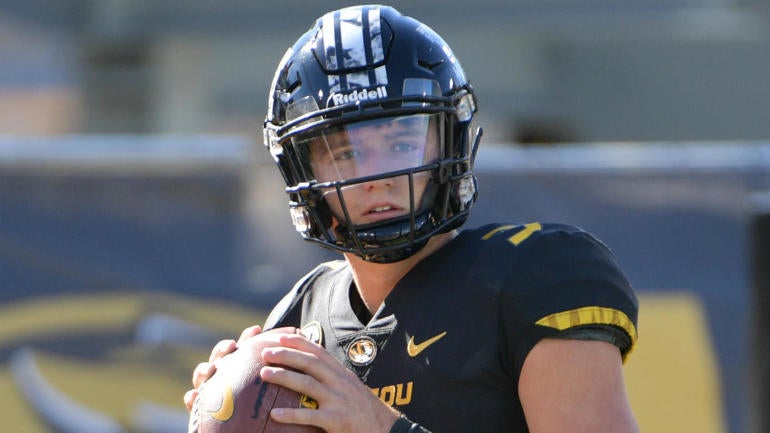 Sometimes things simply as are they appear. There is so much smoke and subterfuge now, mere days away from the start the NFL draft, and so many false narratives being tossed around to attempt to obscure what seems obvious.

But often things are really what they seem to be. In the case of quarterbacks likely to be selected in Round 1 on Thursday night, I keep going back to what I have heard most often throughout this pre-draft season, and what makes the most sense. And that leads me back time and time again to four passers going in the first round, likely several via trade (a common phenomenon under this CBA, with the fifth-year option in play for first-round picks), and the usual suspects doing what has been expected for quite some time in the scouting community.

Specifically, that begins with Kyler Murray being the first-overall pick of the Arizona Cardinals. I don’t believe this has been in question, truly, since Kliff Kingsbury was hired and especially since the combine, when Murray measured a tick or two higher than many anticipated. I’m not buying there is any doubt or uncertainty to this process, and I fully expect it to lead where everyone who has been sniffing around on it has expected it to lead for months. (As for Josh Rosen, I keep coming back to the Bengals – clearly renting Andy Dalton year-to-year at this point – as being a great Day 2 trade partner for the Cardinals. Rosen would basically be cheaper than a QB drafted in the second round at this point, with his signing bonus already paid, and he’s a year older and more mature than these 2019 prospects. The Chargers would be a good fit, as well).

I also find myself going back to the combine when it comes to Dwayne Haskins. At that time he was viewed, on pure evaluations, as the top quarterback available and a future potential star pocket passer whose production at Ohio State as a one-year starter was off the charts. And for all of the chatter in recent weeks about his potential spiral down draft boards or perhaps a free-fall come this Thursday, I’m not buying it. You can’t convince me he doesn’t appeal quite strongly to the Giants with that sixth-overall pick, and I have been reporting since the combine about the Skins’ love of this prospect.

Dan Snyder has known of Haskins since the QB’s high school days, and I continue to hear that a move up to third overall with the Jets is hardly out of the question. Sure, maybe there is some scenario where Haskins is there at pick 15, but the Jets are highly motivated sellers – they could still land a promising pass rusher in the middle of the first round – and the Skins going into the season with Case Keenum and Colt McCoy as the options at QB seems ludicrous. No team has a more glaring need at the most important position in football, and they’ve traded future draft capital plenty of times in the past. I see Haskins in Washington, one way or the other.

And we’ve all heard plenty about the Giants and Daniel Jones by now. For good reason. He has some of that Eli Manning pedigree — comes from the same coaching lineage as the Mannings — and Dave Gettleman should be able to land a blue chip defender with his top pick and then grab his next QB about 90 minutes later. I’m buying it. Hearing my man Gil Brandt compare him to Peyton Manning only makes me buy it all the more.

Which leaves us with Drew Lock. I’ve gone back and forth about whether he goes in the first round or not. But after talking to several evaluators who have no QB skin in the game, I am convinced he will go Thursday night. And my suspicion is it’s via trade late in the night. John Elway loves this model of QB and he has done this sort of trade before – just a few years back in his ill-fated foray after Paxton Lynch – so I am going to stick with my follow-the-obvious equation on this one, as well. There are no shortage of motivated sellers in the back end of the first round, and perhaps a team without an overt QB need makes the move, but either way I don’t think Lock makes it to Friday.