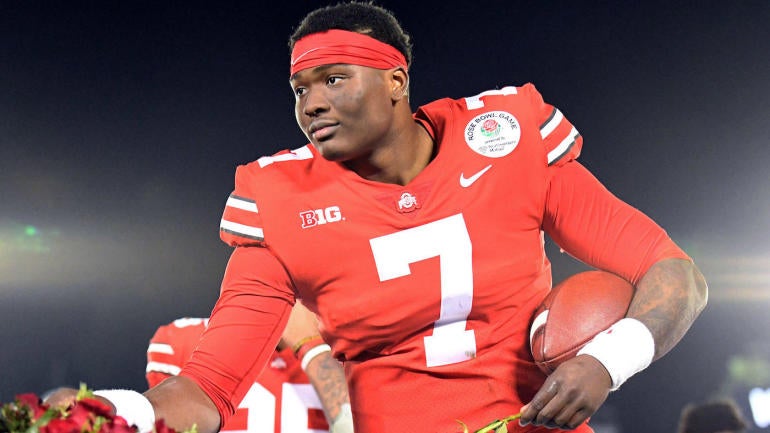 The Redskins need a long-term solution at the quarterback position. And former Ohio State quarterback Dwayne Haskins needs a team to give him a chance to become a franchise quarterback. That raises an important question ahead of this week’s draft: Could the Redskins select Haskins with their first-round pick?

On Monday, Redskins senior vice president of player personnel Doug Williams said that they could still draft a quarterback in the first round despite their offseason trade for Case Keenum.

“We needed a quarterback and we were able to trade for Case, but that does not put us out of the realm of picking a quarterback if there is one there that we like at 15,” Williams said, via NFL.com. “We don’t know who is going to be there at 15.”

That’s not surprising. The trade for Keenum wasn’t expensive. While Keenum is the best quarterback on the Redskins’ roster — not including Alex Smith, who isn’t expected to play in 2019 as he recovers from that horrific leg injury — he’s still not a starting-caliber quarterback. He’s better suited for a backup role, as is Colt McCoy. If the Redskins were to draft a quarterback, they could let that quarterback sit behind Keenum until he’s ready to step in. The point being, Keenum should not be the reason why the Redskins pass on a quarterback at No. 15.

As it stands, the general consensus is that four quarterbacks are worthy of first-round picks: Kyler Murray, Drew Lock, Daniel Jones, and Haskins. It’s very likely that at least one of those quarterbacks will be available at No. 15, but it’s not clear if Haskins will be there. He’s considered by many to be the second- or third-best quarterback in the draft behind Murray and roughly on the same level as Lock. How the Raiders, Giants, Jaguars, Broncos, Bengals, and Dolphins, all of whom are positioned ahead of the Redskins in the draft order, feel about Haskins will determine how far he could fall. All it takes, though, is one. Only one team has to like him for Haskins to get selected before No. 15.

“Well, I’ve said all along, the chance of trading up is a lot slimmer than trading back,” Williams said. “I’m going to go on the record and say that’s a possibility that we won’t trade up, but there’s a great possibility we’ll trade back if that opportunity came.”

As for Haskins, he sounds interested in playing for the Redskins.

Haskins also provided a reminder that he’s from the area.

“For me to be able to go back in D.C., somewhere where I also grew up at, went to high school at,” Haskins said, “is definitely a lot of fun for me to be able to spend time with [Doug Williams], coach Gruden and the rest of the offensive staff. I think the Redskins are a great place to be.”

Of course, it’s not like Haskins would ever say something negative about a potential suitor. Just because Haskins is speaking highly of Washington doesn’t mean it’s his top destination and it doesn’t make the Redskins taking him any more likely. But given the Redskins’ clear need for a long-term quarterback, it wouldn’t be surprising to see them take Haskins if he were to fall to them.

For now, we wait. The draft is still three days away. When the draft finally does begin on Thursday, you’ll be able to stream our live coverage right here on CBS Sports HQ. You can also download the CBS Sports app for free on any mobile or connected TV device. We’ll be analyzing every pick and providing you with everything you need to know during the 2019 NFL Draft.