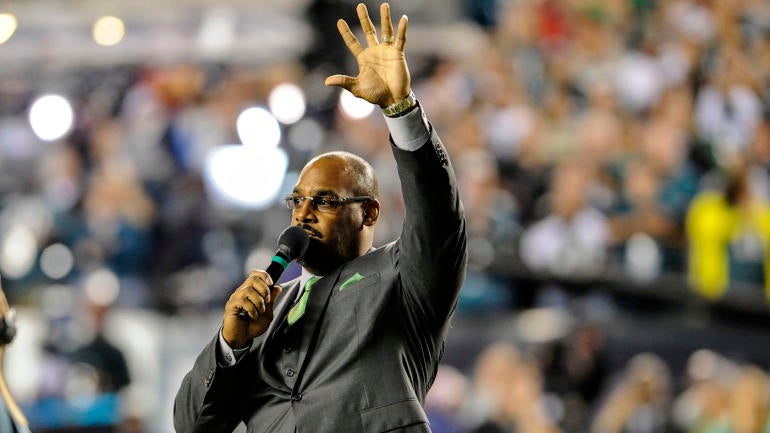 The Philadelphia Eagles have already made clear they view Carson Wentz as their long-term answer at quarterback. Arguably the best quarterback in franchise history, however, isn’t rushing to the same conclusion.

“I think in the next two, three years — two years or so — he has to find a way to get out of the second round of the playoffs,” McNabb said of the team’s fourth-year passer. “What Nick Foles was able to do, take them to a Super Bowl and then possibly take them back to the NFC Championship Game, proves that, hey, some people can get into that offense and be very successful. (Wentz) hasn’t been healthy. He hasn’t really proven, to me, besides the year before he got hurt in the year he was, really, an MVP candidate. He needs to get back to that moment.”

If Wentz “can’t get out of the second round” by 2020, McNabb continued, the Eagles “should look to possibly draft another quarterback, because you just don’t know about his durability.”

A six-time Pro Bowler and one-time NFC champion with the Eagles, McNabb said he “would love to see” Wentz rebound but also emphasized that the current Eagles QB has “no playoff wins” through three years in the NFL. McNabb, of course, was no stranger to injuries during his own career, playing all 16 games just four times in 11 years with Philadelphia.

The Eagles great did bring his own kids to meet and get autographs from Wentz during the latter’s MVP-caliber run in 2017, but he’s also been slow to praise promising signal-callers that have followed in his footsteps, previously casting doubt on Foles and Wentz as true “franchise” QBs.