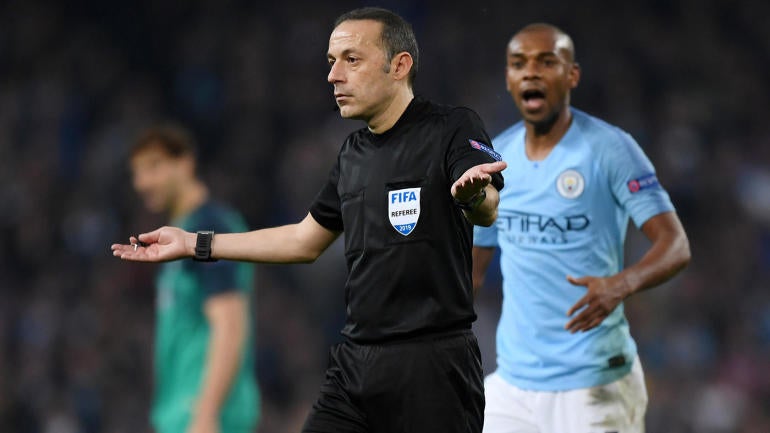 Just days after being eliminated in the Champions League quarterfinals at the Etihad, Manchester City hosts Tottenham again on Saturday in Premier League action. Kicking off the Saturday slate, City hopes to jump back into first place with a victory, while Spurs, still without striker Harry Kane, are looking to increase the chances of a top-four finish. City enters the day in second place with a record of 27-2-4 and 83 points, while Tottenham is 22-1-10 with 67 points and in third place.

Here’s what to know about the match:

Manchester City: This is a big one, and it’s the second-toughest test left in the league besides the trip to Manchester United on Wednesday. The next several days could be the make or break point in their league season, with minds also on the Champions League and the FA Cup.

Tottenham: Spurs face a serious threat to fall out of the top four in the coming weeks if they don’t get the production they need in the final third without the services of Harry Kane. Son Heung-Min has been fantastic, but plenty of responsibility will fall on Lucas Moura after is hat trick last week. If they can continue to move the ball quickly to find space and create chances in the final third, they can stay in the top four. Son scored twice on Wednesday.

Manchester City beats Spurs thanks to a sturdy performance by the defense and a couple late goals that seal the deal.