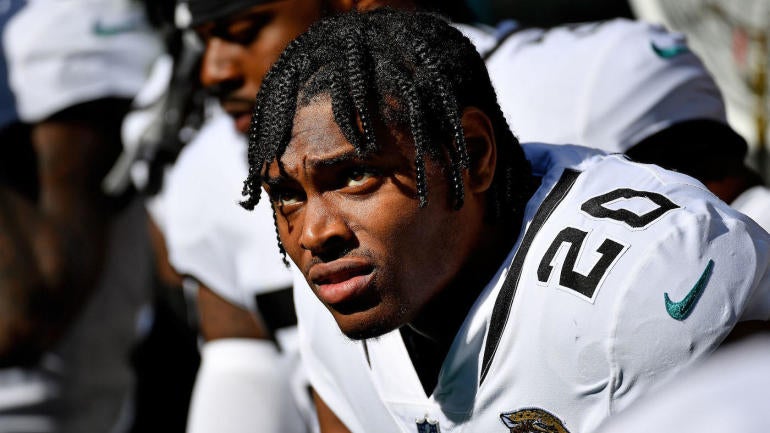 At a dead period in the NFL calendar for players not about to enter the league via next week’s draft, Jaguars cornerback Jalen Ramsey has somehow found himself in a somewhat overblown, but not entirely unimportant controversy with the team’s executive vice president of football operations, Tom Coughlin, over something as trivial as voluntary offseason workouts.

On Friday, one day after Coughlin not-to-subtly called out Ramsey and Telvin Smith for skipping voluntary offseason workouts, Ramsey and his agent have issued their response.

“To be clear, Jalen Ramsey is exactly where Jalen should be during his off season,” his agent, David Mulugheta, wrote on Twitter. “He’s spending time with his young daughter and family while training in his hometown of Nashville. In addition the Jags are fully aware of why he is not taking part in the voluntary off season program.”

Ramsey added, “‘Fully aware’ and ‘voluntary’ meaning I don’t HAVE to be there BUT they know the EXACT REASONS I am not. My teammates know it’s ALL love and know I’ll be ready when it’s time!”

On Thursday, Coughlin told reporters “We’re close to 100 percent attendance — and quite frankly all of our players should be here.”

That might not seem like much of a statement, but as our John Breech explained, Coughlin “might have actually violated NFL rules with his statement. Under the collective bargaining agreement, club officials are not allowed to make players feel like they have to attend any specific workout, which is basically what Coughlin might have done.”

It was enough for NFLPA president Eric Winston to immediately respond.

“Our CBA definition of voluntary is the same as the actual definition of voluntary and prohibits anyone from threatening players to participate in voluntary workouts,” Winston said, via Pro Football Talk. “This is precisely the reason players negotiated strict work rules and bright lines when it comes to offseason activities. We know, from experience, that not all coaches and executives will adhere to them and we always pursue any violations to protect our rules.”

Clearly, this entire situation is a bit overblown. Not only that, but it was entirely avoidable. If Coughlin hadn’t made his comment about every player needing to attend voluntary workouts, Ramsey and his agent wouldn’t have had anything to reply to, Collins wouldn’t have entered the fray, and so on.

The bad news for the Jaguars and Ramsey is that, while this situation doesn’t appear to matter that much, a bigger fight could be looming between the two parties, and there’s no way to know if the recent drama could infect upcoming contract negotiations.

Ramsey, one of the best young cornerbacks in football, is scheduled to become a free agent after the 2020 season. In November, ESPN’s Adam Schefter reported that the Jaguars would consider the idea of trading Ramsey in the offseason — a report the Jaguars denied. And in December, CBS Sports NFL Insider Jason La Canfora reported that “Ramsey is aiming to become one of the highest paid defensive backs in the game, league sources indicated, and will consider holding out if necessary to do so.”

As it stands, Ramsey is set to earn a little less than $7.5 million in 2019 and just north of $13.7 million in 2020, per Spotrac. Ramsey’s teammate, cornerback A.J. Bouye, is set to make roughly $15.5 million per season until his deal expires after the 2021 season, also per Spotrac. By average annual salary, it’s Josh Norman who leads all cornerbacks at $15 million per season.

Since entering the league as the fifth-overall pick in 2016, Ramsey’s racked up 44 defended passes, nine interceptions, two Pro Bowl nods, and one first-team All-Pro selection. He’s also been one of the most — if not the most — outspoken and honest players, never hesitating to call some quarterbacks “trash” or to go after media for what he feels is unfair treatment of his teammates. Ramsey’s attitude might not be an issue for everyone, but it could, in theory, be a problem for Coughlin and the Jaguars, as La Canfora wrote in December:

Ramsey’s attitude has created problems for the faltering team this season, and he was suspended by the team for a week as well for his actions toward the media. After an offseason-long media campaign leading up to the 2018 season, in which he shredded opposing quarterbacks by name and loaded Jacksonville’s Super Bowl pedigree, the teams brass knows it must alter their locker room culture and tamp down some of the more extreme behavior in 2019.

The drama between Ramsey and Coughlin might not seem like it matters much now, but within the context of upcoming contract negotiations and the reports that surfaced last season, it could end up mattering a bit more than initially expected.