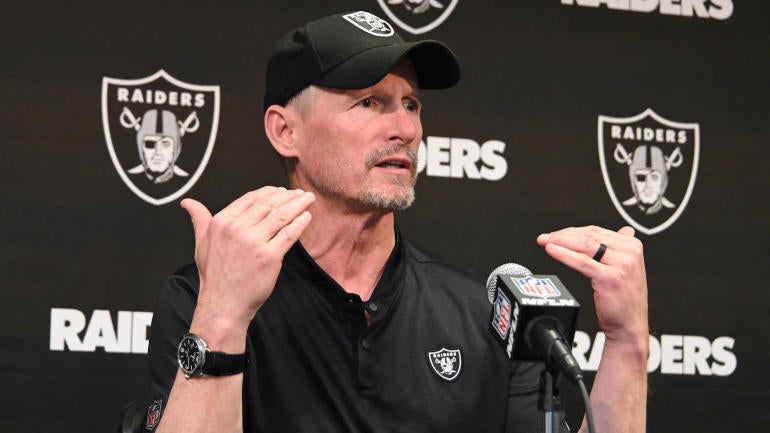 With three first-round picks, coach Jon Gruden and general manager Mike Mayock of the Oakland Raiders have more control over the direction of the draft than anyone else in football. But six days before the draft, the amount of control Gruden and Mayock have over the scouts who have helped shape the Raiders’ draft strategy has been called into question.

As Rapoport explained on NFL Network, sending scouts home before the draft isn’t uncommon for teams in the NFL, but “what makes this uncommon is they are not expected back before the draft. The reason for this, it’s because Mike Mayock does not know who he can trust with his draft secrets.”

Rapoport added that “it is no surprise there is going to be some significant turnover in the scouting department for the Raiders after the draft.”

Former NFL scout and current analyst for NFL Network Daniel Jeremiah explained that most teams don’t let all of their scouts see the draft board. It’s only a select few, usually the team’s top decision-makers, who have that privilege.

NFL.com analyst Gil Brandt, who worked as the Cowboys‘ vice president of player personnel from 1960 to 1989, indicated that a team’s top decision-makers having a general distrust toward scouts is also not uncommon. Although Brandt said he never “cleared the room” the way the Raiders reportedly are, it’s worth remembering that Jeremiah already said that teams didn’t start limiting access to the draft board until 2012.

The point Brandt seems to be making is that scouts will sometimes leak information to the media. So if the Raiders are concerned about a leak before the draft, they’re not wrong to send their scouts home. And it’s not like they’re the only team that has talkative scouts.

The other side of this says the Raiders don’t have control over the scouting department. And it’s worth remembering back in September, NFL Network’s Ian Rapoport reported that Gruden’s method of scouting had led to a divide within the Raiders’ building. So, this isn’t the first time that there’s been a somewhat concerning report involving the Raiders and scouting.

Of course, it’s also worth remembering that back then the general manager was Reggie McKenzie, who has since been replaced by Mayock. The Raiders also fired director of player personnel Joey Clinkscales in January. And when Mayock got hired, he basically confirmed what CBS Sports NFL Insider Jason La Canfora reported in December: changes could be coming to the front office. And those changes should come after the draft.

“I have 15 years worth of names,” Mayock said in January, per 247 Sports. “I think anybody on the coaching side or the personnel side that ever wanted to be in this industry always has kind of a ready list. I have that. I have a lot of guys that I respect, but the most important thing is to respect the guys that are here first. We have four months to get after it with the guys that are in this building, and we’re going to do it. At that point, we can evaluate.”

If the Raiders, for example, wanted to trade up to No. 1 to take Kyler Murray, they wouldn’t want that information to leak, because if that information was leaked and the Raiders failed to complete the trade, they’d be stuck with a quarterback in Derek Carr who might not be at all happy that his coach and general manager tried to trade for his successor.

In the end, the Raiders won’t be judged by reports and rumors before the draft. They’ll be judged by the players they end up selecting with their plethora of picks and how those players adapt to the NFL. If the players don’t end up becoming valuable contributors, some will point to the recent report as a sign that the Raiders experienced inner turmoil before the draft, which contributed to their poor draft. If the players end up succeeding, the reports will be forgotten.

As always, it’s a results-oriented business. The results shape the way we view and talk about everything else. The Raiders know this, as indicated by their team slogan: Just win, baby.