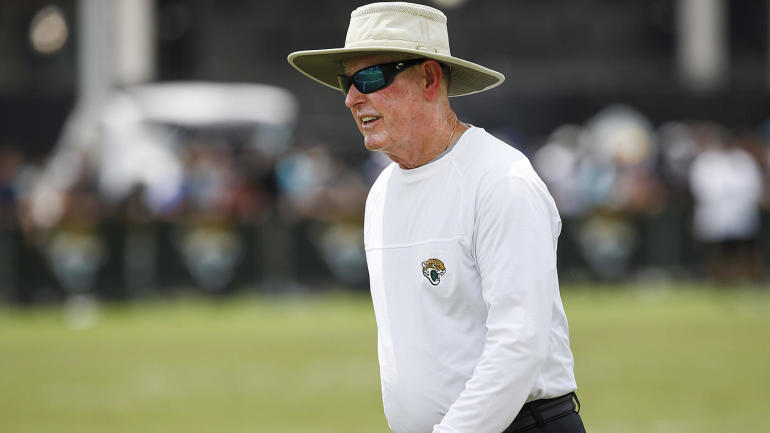 When the Jacksonville Jaguars kicked off their offseason workout program on Monday, there were two very noticeable absences in the form of Jalen Ramsey and Telvin Smith.

When it comes to offseason workouts, players are technically allowed to stay at home, and that’s because the workouts are voluntary. Apparently, someone forgot to relay that fact to Jaguars executive vice president Tom Coughlin, because he seemed pretty upset on Thursday when he was asked about Ramsey and Smith being no-shows.

“We’re close to 100 percent attendance — and quite frankly all of our players should be here,” Coughlin said, via the team’s official website.

Although Coughlin’s one sentence answer doesn’t seem like much, he might have actually violated NFL rules with his statement. Under the collective bargaining agreement, club officials are not allowed to make players feel like they have to attend any specific workout, which is basically what Coughlin might have done.

NFLPA president Eric Winston clearly wasn’t happy with Coughlin’s comments, because he released a statement on Thursday and hinted that the player’s association might pursue action against the Jaguars executive for violating the CBA.

“Our CBA definition of voluntary is the same as the actual definition of voluntary and prohibits anyone from threatening players to participate in voluntary workouts,” Winston said, via Pro Football Talk. “This is precisely the reason players negotiated strict work rules and bright lines when it comes to offseason activities. We know, from experience, that not all coaches and executives will adhere to them and we always pursue any violations to protect our rules.”

If the NFL decides to investigate and finds that Coughlin violated any rules, the Jaguars could potentially be fined or even lose a draft pick, which are two punishments that have been handed out recently to other teams for violating the CBA during the offseason. The NFL has also punished teams by making them forfeit future offseason workout sessions.

Although Coughlin was upset that Ramsey and Smith didn’t show up this week, Jags coach Doug Marrone definitely got the memo that players aren’t required to attend.

“It’s a voluntary period; it’s an option,” Marrone said Tuesday, via the team’s official website. “I don’t try to concern myself with things that are out of my control. I’m sure they’re both working hard.”

if the league does decide to investigate Coughlin, it wouldn’t be the first time. During his first season as Giants coach in 2004, Coughlin was investigated for potential violations of the NFL’s offseason workout rules.