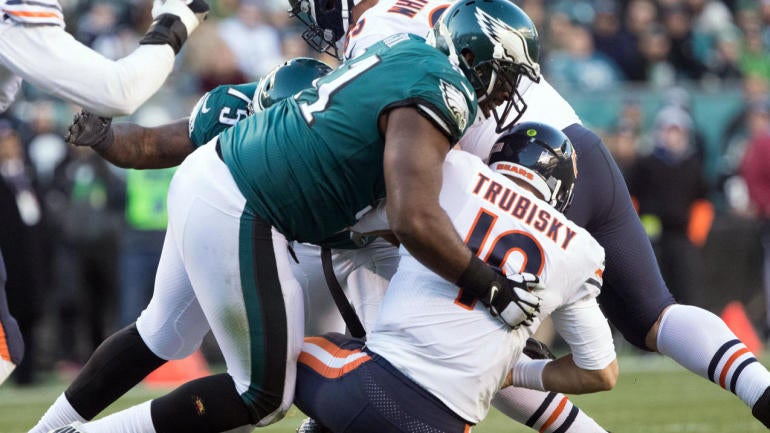 It’s Andy Reid disciple vs. Andy Reid disciple in the finale of Wild Card Weekend as the 2018 NFL playoffs get underway, but even those titles probably don’t do justice to the men leading the Chicago Bears and Philadelphia Eagles.

For as much as this Sunday’s clash between the Windy City and City of Brotherly Love is about a magical backup quarterback and top-ranked defense, it’s also a showcase for two potential Coach of the Year candidates.

The Bears (12-4) will be playing host to kick off their postseason run, and they’ll do it just a year after finishing 5-11 at the bottom of the NFC North. Rookie head coach Matt Nagy, a former Eagles assistant, small-town quarterback and Arena Football League veteran, deserves a lot of the credit for the turnaround, helping quarterback Mitchell Trubisky take a play-making step forward, spicing up the Bears’ offensive wit and overseeing a roster that’s wreaked havoc across the NFL on the other side of the ball.

The Eagles (9-7), meanwhile, are underdogs yet again after needing help to make the playoffs, but they’re about as underrated as a defending Super Bowl champion could be. Coach Doug Pederson might seem like an easy target because of Philly’s rough start, a 4-6 beginning that included several come-from-behind losses, but somehow, amid another late-season injury to quarterback Carson Wentz and another rush of starters to Injured Reserve, he’s guided Nick Foles and a replacement-filled defense through a red-hot 5-1 stretch.

On Sunday, the two sides will meet. Nagy vs. Pederson. Champs vs. favorites. Eagles vs. Bears.

Here’s how to catch the action:

Looking for a TV to watch the game on? Check out CNET’s picks here.

Tom Brady free agency: New CBA may be reason for lack of contract negotiations with Patriots, per report

Inside the NFL’s new CBA proposal: A look at all the potential roster, salary and season changes

The Memphis Grizzlies have signed Jarrod Uthoff to a 10-day contract.